It has been awhile since my last blog and surprise, surprise some of you actually miss it – well at least 3 of you. So what has been happening since the last instalment?  In one word – ashitload.

I have been the lucky one who has stuck around in God’s Country (ie the Barossa) with the sanity of a relatively stable schedule and Al has been jetting around the US preaching to our American cousins the merits of Elderton and the Barossa.  He is currently in New York City.  Word has it he may run in the Republican primaries, but is afraid of upsetting the Donald (That is not Donald Duck by the way Tush).  There is a consistent theme in his travels based on some of the Instagram feeds we are getting back from 3rd party punters there: 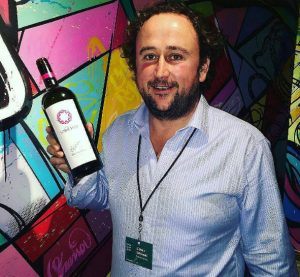 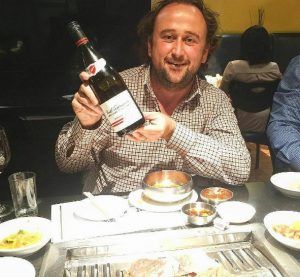 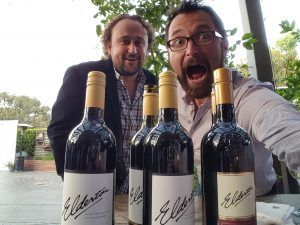 To more important matters – such as me, and my few last weeks in the Barossa.  The highlight of which was drinking top flight cabernet with the Hayses at their house with a delicious lamb (see photo below) on a glorious Barossan autumn afternoon.  Who says that Australia doesn’t follow gender stereotypes?  That day the men ate like men devouring lamb kebabs with our bare hands and the ladies who ate more proper like off a plate with knife and fork.  Classy. 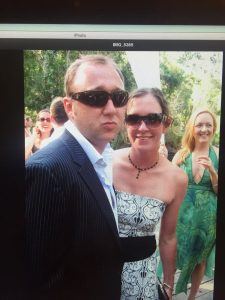 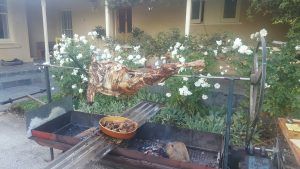 There are so many other things to report, but I thought we’d keep it short and snappy.  Vintage seems now like a distant memory.  The vines are finally dropping their leaves and preparing for the 2017 onslaught.  Wildman is out in the vineyard spreading out grape marc & mulch to feed the vines and we are waiting for soaking winter rains.  Richard has also been on his post vintage Victorian Alps Brokeback mountain trip. 2017 is going to be awesome reckons Wills. 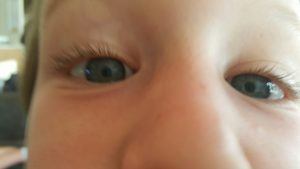